Finally, I’m done with this my crypter. I’ve written the entire thing in a mish mash of C#, C, and assembly. 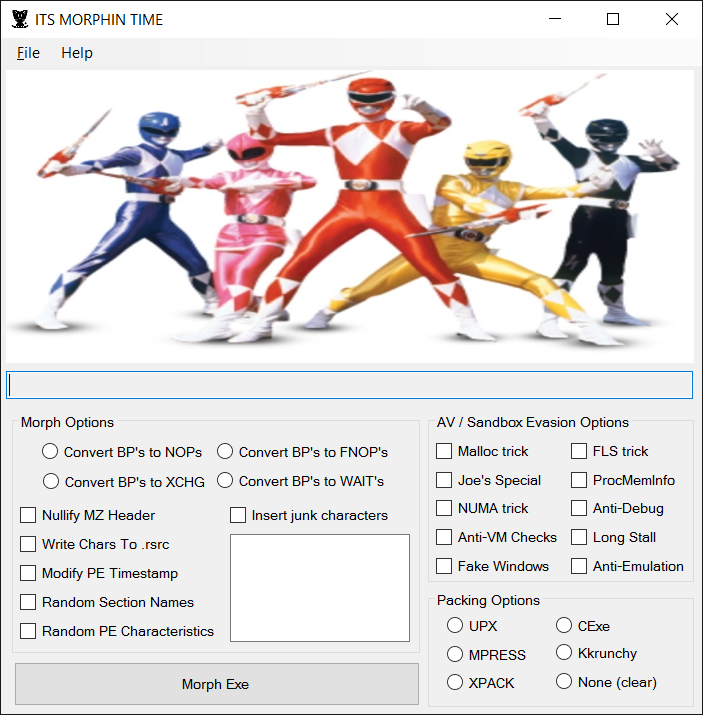 The crypter I made modifies exes, packs them, and adds AV / VM / Sandbox / debugging evasions inside of a wrapper. I’m employing a basic process hollowing technique for the payload that is only run after all evasions are satisfied. The anti-debug modules include anti-single stepping as well as anti-tracing. I can even detect procmon without checking the process list.

The front end is in C# and that performs the rudimentary exe modifications and packing, however the real meat and potatoes is in the back end. The back-end compiler is Pelles C compiler and the evasions are coded in C and assembly. The payload is loaded in as a resource and is encrypted (decrypted at run-time).

I got a theme too as well as music that plays in the background.

–Fixed some bugs that made it not work. Also FF seems to report my code directory as “malicious / unwanted”. I switched the download dir to /chat/ instead to see if VT will leave me be.